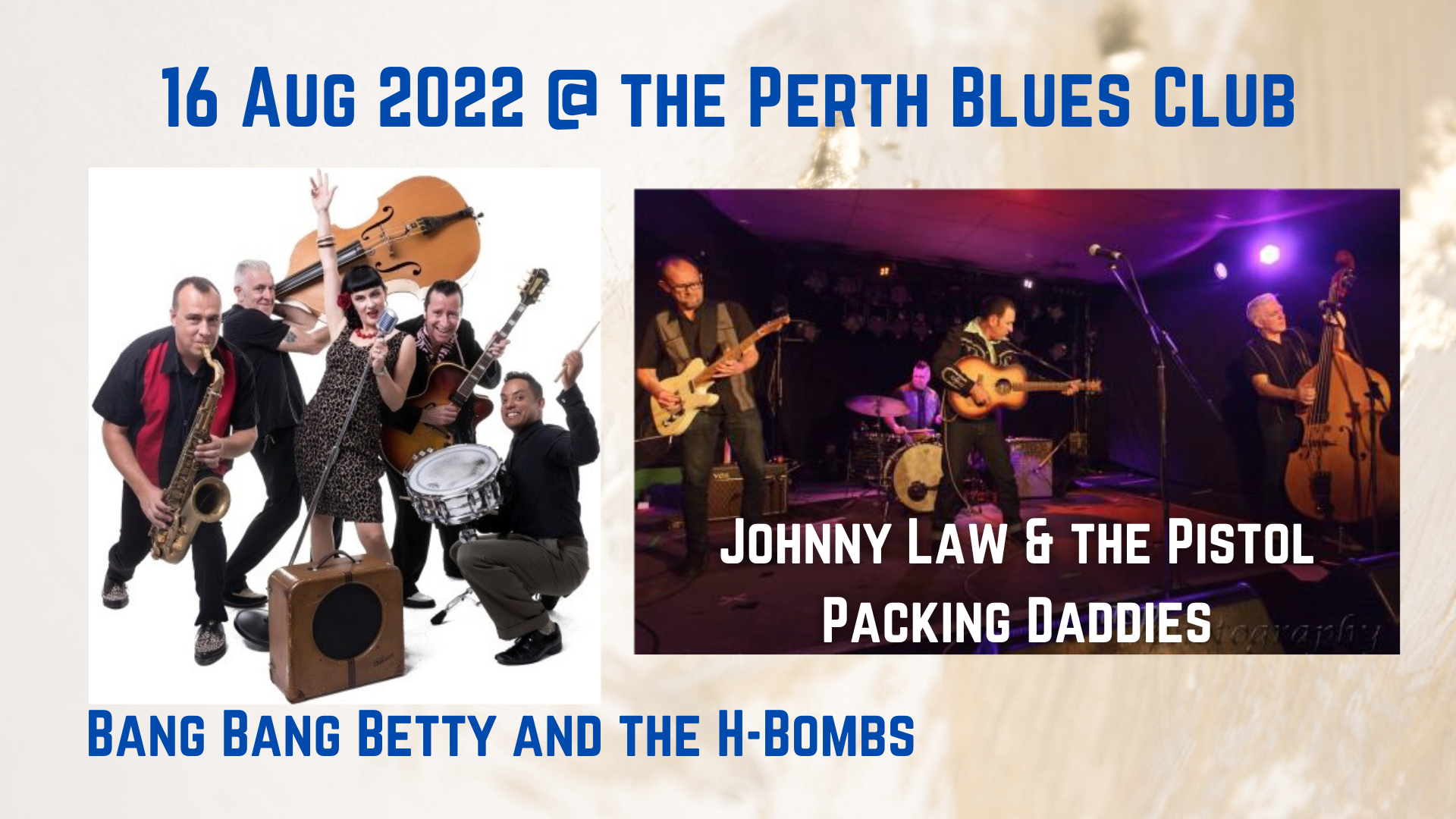 The sounds of the 50s explode into life with Bang Bang Betty & the H-Bombs’ atomic cocktail of swingin’ rhythm & blues and wild rock n roll.
Fronted by Perth’s very own Miss Dynamite the band’s hot R&B sound as wowed crowds from Perth to Tokyo, with appearances at the Falls Festival, their Fringe event “Wild & Swingin” and City of Perth’s NYE spectacular.  The band launched their vinyl-only EP “Wild & Swingin” with a sold-out show at Lyrics Underground in May 2021 and the record was no. 1 on Amrap’s Metro chart for 3 weeks.
Featuring Coo Jarvis on lead vocals, Andy Jarvis (guitar), Mark Sprogowski (tenor sax), Dom D’Leno (drums) and Marc Gordon (double bass), the band’s exciting repertoire includes undiscovered gems from the 50s alongside their own authentic originals. This is rock n roll so get your hips shakin’ and blow a hole in any dance floor – BANG BANG.

Johnny and the boys’ ever evolving style encompasses the great sounds of the 1950’s, with styles such as Americana, Rockabilly, Country and Rock and Roll. Johnny hails originally from Perth Western Australia, but has spent time living in California and toured extensively, constantly developing and absorbing influences and inspiration from the global music community. His music has been described as a raw, real traditional rockabilly mixed between Johnny Carroll, The Johnny Burnette Trio, and early Elvis Sun Records stuff with a modern sound as well.