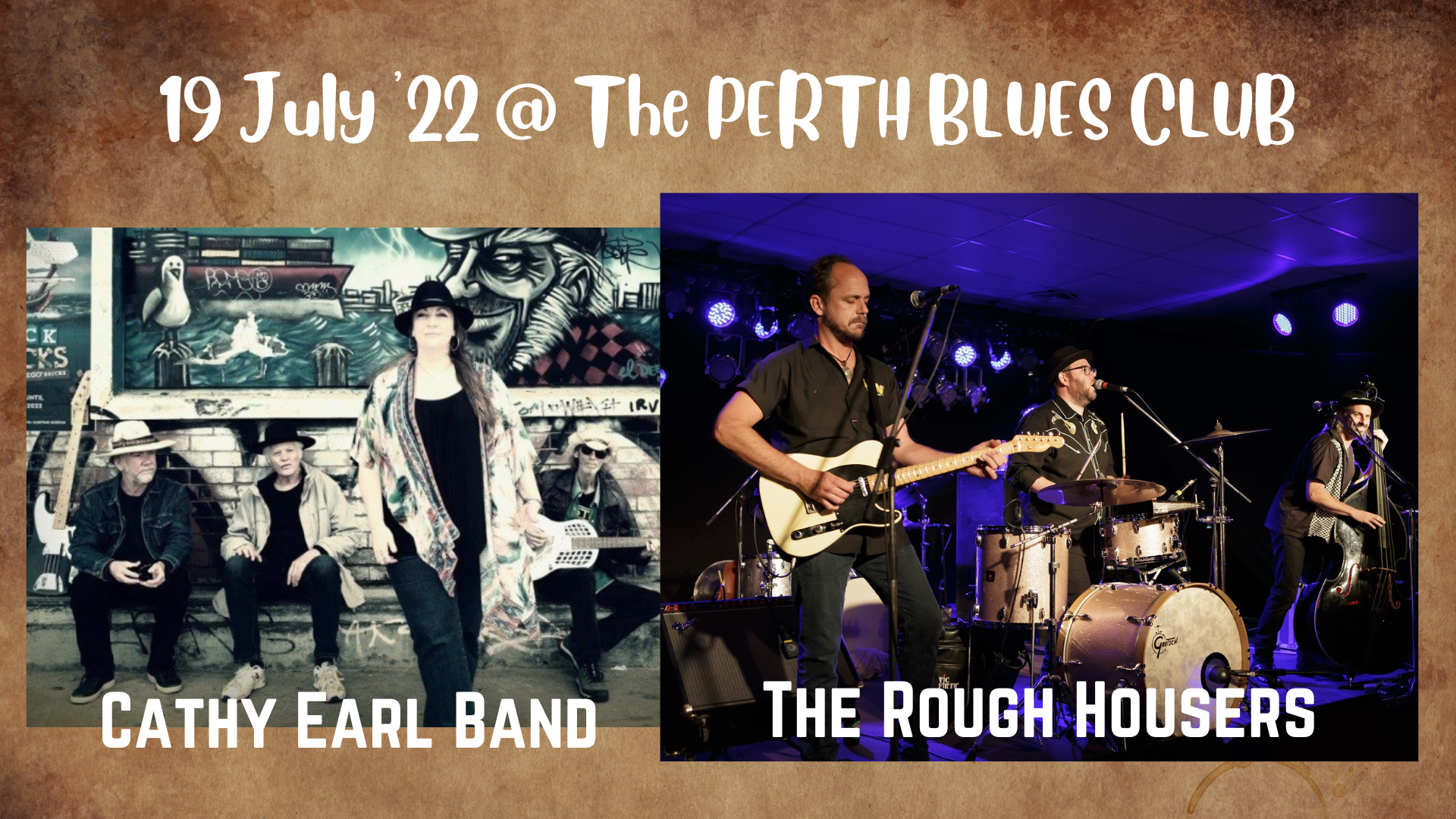 With their Rockin’ Soulful Blues Set will be sure to get you in the groove!  Long-time collaborators with many of the Blues players from around the state.  Mr. Henk Langendoen on Lead & Rhythm guitar, Mr. Johnny Wilson on the Bass and Mr. Ian (Bones) Ironside on the Drums backing the soul stirring vocals of Blues grit that is Cathy Earl. Covering some artists such as Beth Hart, Koko Taylor & Renee Geyer. Come and support this Local group and enjoy a night at the Legendary PBC.

The Rough Housers are a trio of rockabilly lovin’ dudes, bringing energetic fun to audiences with their own versions of great rock ‘n’ roll and rockabilly classics from years gone by. Formed by three members of popular local group Murphy’s Lore with a mutual love of rock ‘n’ roll, country and rockabilly, The Rough Housers set out to get people up and dancing. The trio consists of local gun guitarist Jason ‘J Eddy’ Smith on hollow-body twanging geetar, Mr Kieran Murphy on standin’ up drums and hollerin’, and Shaun ‘110th’ Street on upright bass and background hollerin’. Following on from the famed work of such luminaries as Gene Vincent, Eddie Cochrane, Carl Perkins, Johnny Cash, Ronnie Hawkins and the king himself Elvis Presley, The Rough Housers are getting ready to bring down the house.