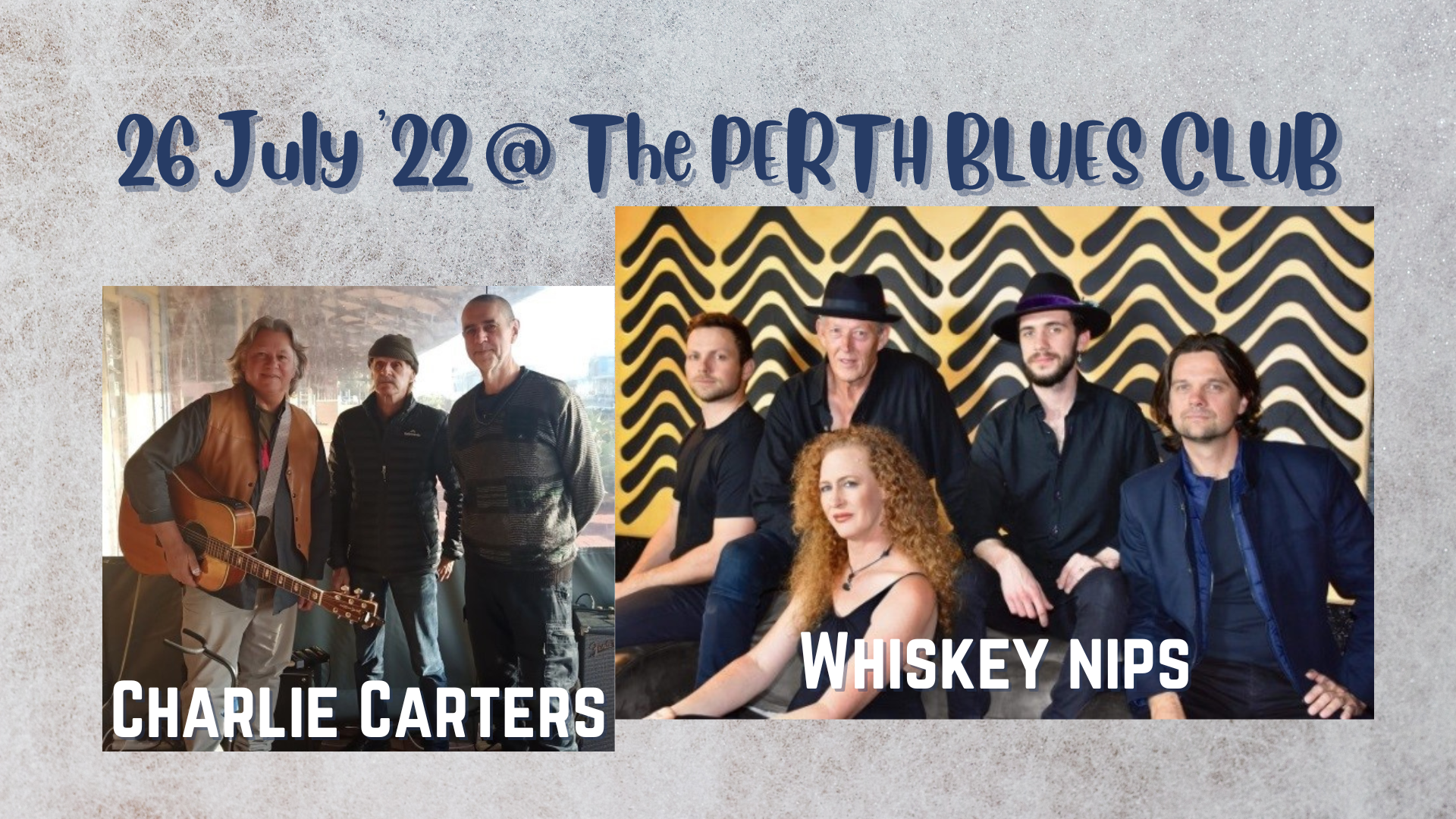 Charlie Carters is an acoustic trio of musical friends playing the latest songs of WAM (Blues & Roots)  award winning songwriter and entertainer Dilip Parekh. Joining him in the ensemble are much loved harp player Jean Guy Lemire,  and bass player extraordinaire Alan Dawson.  Their music is mainly drawn from the eight multi-genre albums that Dilip has recorded and released locally.  The trio are usually found in the Port City where they are very active in the local live musical scene; its impossible to be at any musical event in Fremantle without one of the outfit being there in some capacity or other.  Tune in and chill out with Charlie Carters !

Like a good Nip of Whiskey, The Blues eventually needs to be drank. It’s been bottled up for years and now the shots are on us. This rich tapestry of blues is blended from single riffs from the dirty South with hints of pure notes from the Highlands.
Come and get your shot of the Blues and welcome back to the line-up, Kirsty Finn /Vocals. A single malt that has been busting to jump out of the bottle and deliver strong flavoursome rich vocal notes to delight your senses. Andrew Pring /Harmonica, Aka “Blew Drew” A blended infusion from an eclectic mix of influences. Inspired by Blue Shaddy and Jean Guy Lumiere. Drew has taken his interpretation of the blues and given it a twist with some trademark effects to sweeten the taste. Has been mixed with Michael Franti, Jeff Martin, Minni Marks, Hussy Hicks and is a long term member of Dilip ‘n the Davs. Daniel Wiggins / Guitar Esteemed for his virtuosic guitar playing and enigmatic song writing, Wiggins has gained notoriety across WA as both a prolific solo artist (releasing 7 albums since 2016), and as former member of WAM award-winning band, Dilip ‘n the Davs. Jonathan Redmond / Bass has been playing bass in local scenes in Perth and Detroit. He has previously played with Tim Minchin, Joey Gaydos Snr (Mugsy, Weapons), Joey Gaydos Jnr (School of Rock), Matty T Wall and Moondog Jay. He currently lives, works and grooves in Fremantle.” Adrien Grd / Drums. Not much is known about this mysterious drummer who wandered into the studio and started hitting things with sticks. We believe he originated from somewhere in the South Pacific.