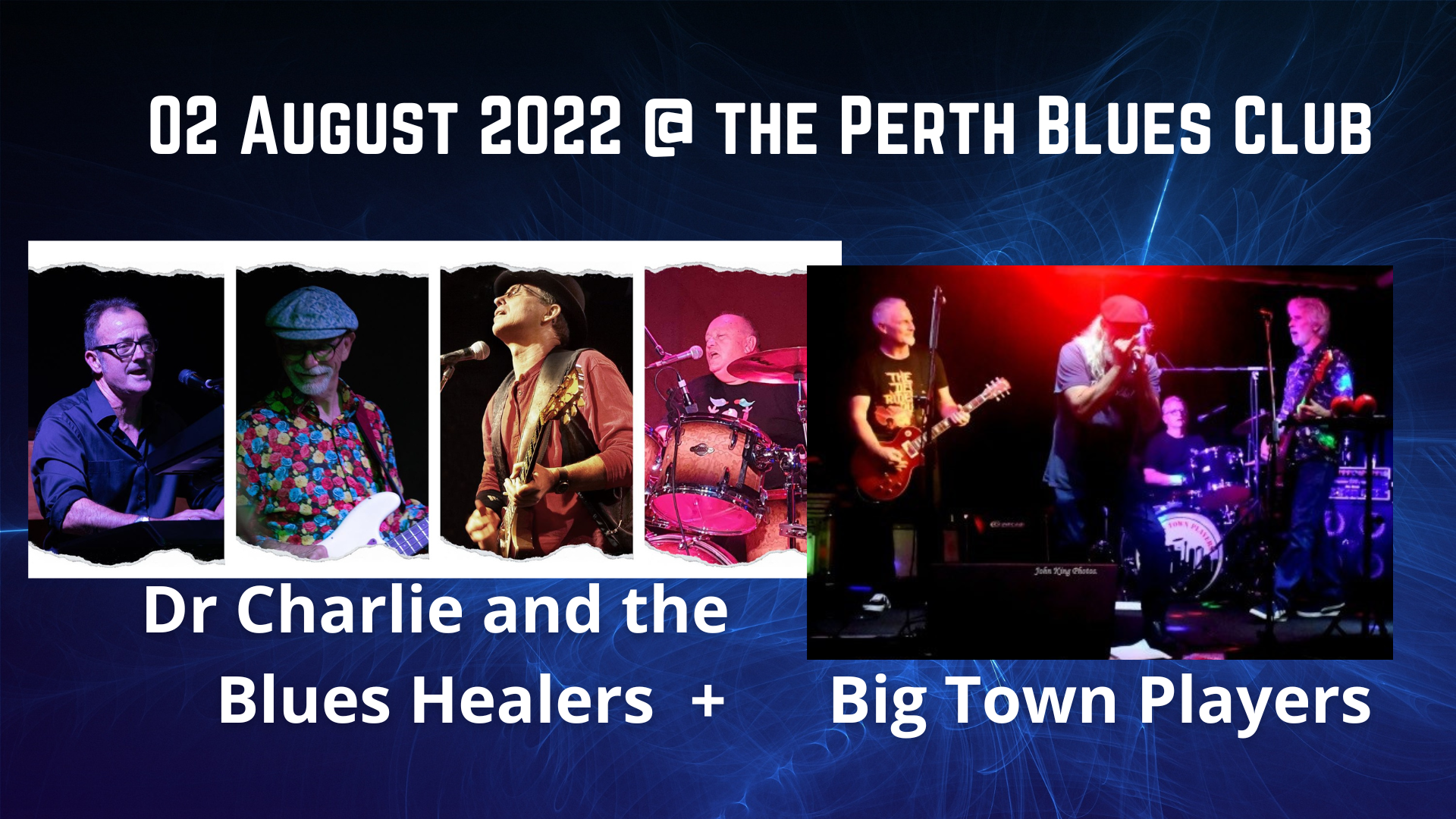 The band pays homage to Chicago, New Orleans, Memphis and British rhythm and blues. The repertoire includes covers of many blues standards mixed with original material from the “Prodigal Son” album and new material. Delivering a dynamic mix of rhythmic blues grooves and chain award winning vocals – Expect to hear a range of electric and eclectic blues with a sprinkling of originals – something for everyone!
Kevin Scott, Guitar / Harmonica / Vocals: Kevin toured during the 60’s UK blues scene, and has continued performing to the present day. Opening for and playing alongside some of the most famous names in Blues music including Chicken Shack; Manfred Mann; John Mayalls Bluesbreakers and Fleetwood Mac.
Robert Bailey, Bass Guitar: Robert was an original member of ACDC. He appeared in early video footage of AC/DC, the Last Picture Show Theatre and was a band member during the recording of their debut album High Voltage.
Troy Shirlow, Drums: Troy has been a member of many well-known local Blues bands appearing with Lee Sappho; Wayne Green and Paul McCarthy (Circus).
Cliff Kinneen, keyboards: Cliff started playing in local blues outfits Kingpins, and West Coast Rhythm Kings in early 80’s Perth scene, before joining “Innocent Bystanders” playing and recording with Johnny Diesel.

Big Town Players play old school Rhythm and Blues with new school Rock attitude. We’re talking Real Rhythm and Blues! Like that originally played in America in the ‘50s and ‘60s, which we’ve married to modern day rock producing an infectious repertoire with tongue in cheek  lyrics that will have you dancing from the get-go. This gig will be the launch of their latest C.D.
MEMBERS: Phil Bradley (guitar and vocals) is one of Perth’s major guitar-slingers! He has been a member of legendary outfits such as The Mutants of Desire, Brutus, Subtruck, Steve Tallis and The Snakes of Desire, Polite Society, and The Jets to name just a few. He has embraced the chance to embellish the BTPs with his inimitable style and his inimitable voice.
Howie Smallman (blues harmonica and vocals) has been heavily influenced by the old Chicago blues blowers, providing gun harp in many Perth bands over decades. These include Salty Dog, The West Coast Rhythm Kings, Jaywalkers, Sneekers, Dave Hole, Feet First, The Body and Fender Band, The Hips, Smeeton and Smallman, and Datura4.
Phil Riseborough (drums and vocals) has been a stalwart of this big town’s music scene, applying his percussive skills in the ‘70s to such outfits as Spinifex and Twice Shy. Phil later became a top sound engineer to Perth bands as diverse as The Stems and Matt Taylor. Phil returned to the drummer’s stool in the naughties with The Hips, and now BTPs.