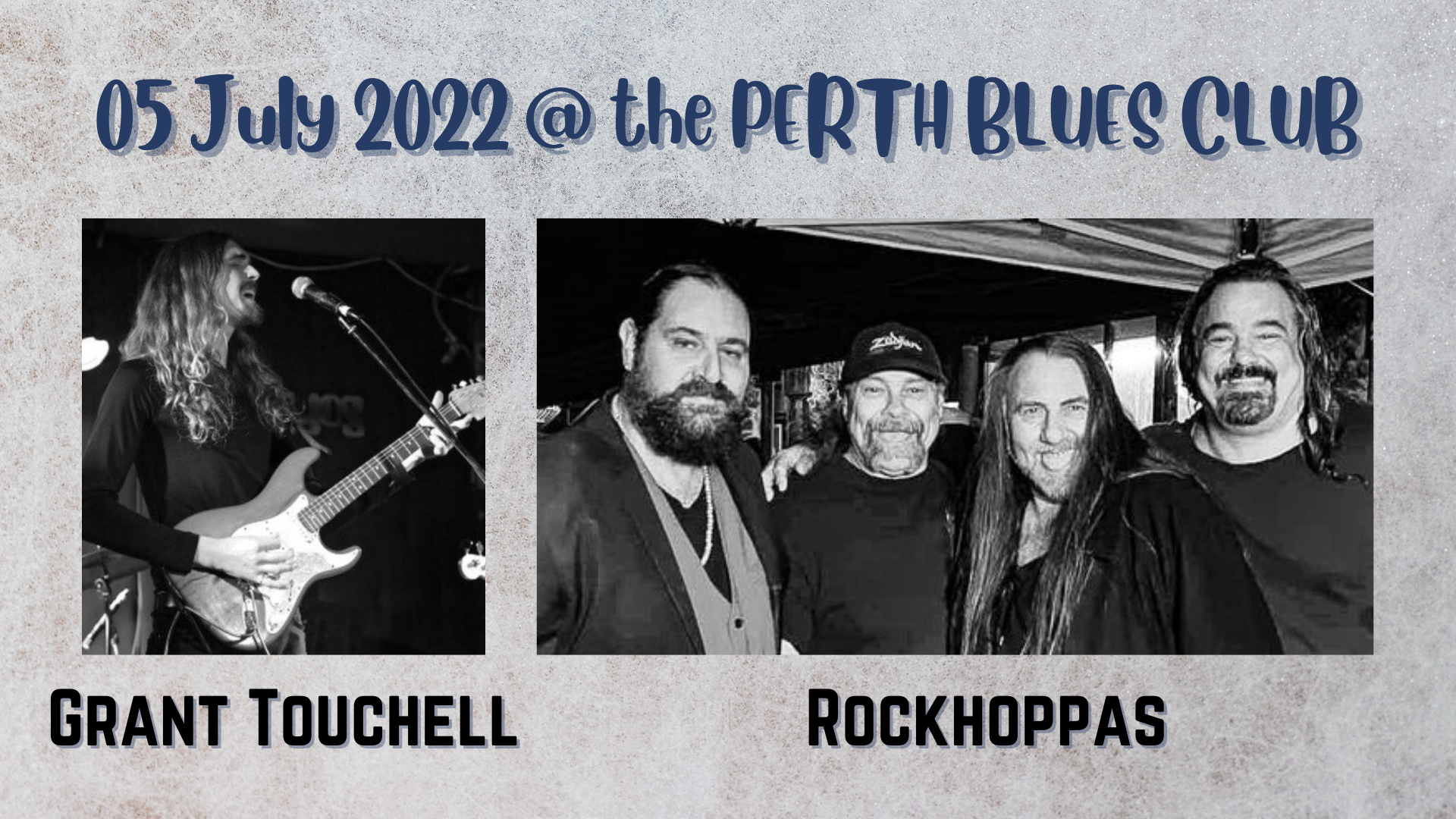 Grant Touchell is a guitarist, singer and multi-instrumentalist from Fremantle, Western Australia. Performing classical guitar from a young age and from a musical household. Grant has grown up with music. Teaching guitar and playing in a plethora of Perth/Fremantle bands (Hyte, Last Tuneless, Nu Ohm Ra) over the past 15 years has left Grant with a stamp on the scene. Further playing and travelling through South America, India and Europe has left a worldly imprint on his sound. Fusing elements of Electronica & Rock into his solo material; ‘New Day’ is the first slice of an eclectic pie in the works.

Rockhoppas is a 4 piece Classic Rock band put together from some of Perth’s longest performing musicians. Playing classics from the 60’s thru to the 20’s there’s something for everyone.
With Daryl Clarke on vocals, Michael Vdelli on guitar/vocals, Zane Bullock on bass and Leroy Cleaver on drums/vocals.
You won’t be disappointed as the band pulls out songs from its 80 song repertoire. Everything blues/rock.