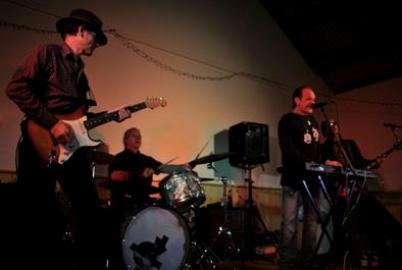 8.45 LOVEBITES
Rock’n’roll and blues with a distinct Stones vibe is what you get with this longtime Blues Club favourite. Led by Phil Bennett on vocals and honky tonk piano, the lineup includes John Chopping (Indigo Duck) on his six stringed electric thing, John Talati with his slinky cool bass lines, and rock solid Fabian (Valentines, Dave Hole) hitting skins with sticks. With some swingin’ slidin’ dancin’ grooves and a smattering of choice moody ballads, Love bites will entice you to listen and encourage you to dance. All you have to do is enjoy. Check them out.

10.00 CRAIG JAMES & THE DB BROTHERS
Craig James and The DB Brothers are a 3 piece blues band doing Original material. The band is new, only six months old, but the member have been around for about 25 years. A couple of them having played at the Club previously.