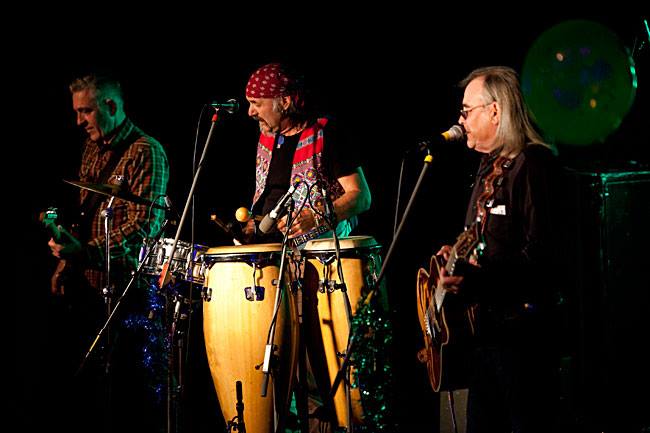 A band of veteran players, headed by Rick Steele with a mix of blues and laid‐back country rock, The Hot Biscuit Band manages to cultivate a definitive Australian imagery with its music, rather than merely reproducing American roots music.

The band features Rick Steele with Richie Pavledis and Marc Gordon. Come and watch your PBC president do what he does best – play the blues!

The Hot Biscuit Band are supported by Gabriele Campani (7.30pm) and The Great Unnamed Band (10.00pm).

He recently recorded two albums of personal arrangements of what it can be considered the final result of his stylistic musical journey. “The Jazz Album” was produced last year, and “The Acoustic Album” issued recently is a tribute to the root blues/folk music, a big part of his personal musical and professional background: when young players listened to their guitar heroes on vinyls, trying to figure out what they were doing…many years before internet.

The Great Unnamed Band
A band so new they are as yet have a name. You will know the guys who make up the band though; Pete Romano (guitar and vocals), Steve Garde (guitar), Bob Fortescue (bass) and Angus Diggs (drums). Expect some covers you don’t often hear, the likes of Allman Brothers, Fabulous Thunderbirds, Tom Waits and early Fleetwood Mac when they were a real blues band.